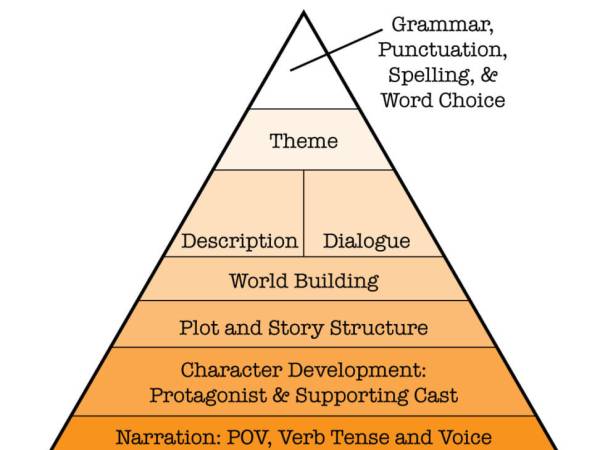 Referring to the chart, I’m still at the base doing POV and verb tense corrections. I call this revision 3.0, but it might be more correctly called 1.3. The first document was abandoned and rewritten from scratch into what I called 2.0. The second document had a complete narrative. Once upon a time… some things happened… nobody lived happily ever after. It’s crude, mostly stream-of-consciousness, with plenty of notes in the margins.

My work in progress, I’m calling it 3.0, is another new document rewritten from the beginning working on those first-level elements. Once I’ve worked through this layer, it’s on to the next. I don’t know that I’ll start a new document each time, but I expect at least one more complete rewrite somewhere before the end.