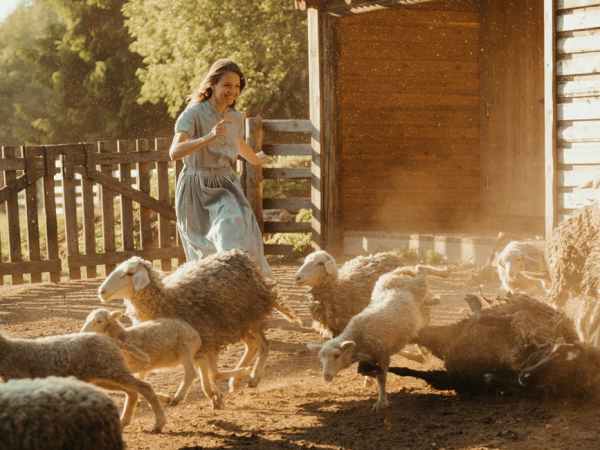 Siobhan nodded at the Archdruid and locked eyes with Dhoul. She closes her eyes and took several short breaths. She heard Dhoul do the same. The scent of wet hide and wool filled the air, the birds chirped in the trees, the assembled creatures stirred and resettled. The knot in her throat moved down into her gut and roiled back up again bringing the taste of bile. It had to be now. She opened her eyes, the scene still, frozen for a moment. Her stage set. She took long, deliberate strides across the sun-dappled grove and stood directly in front of Dhoul. His eyes still closed, his slow breathing created a slight buzz she could feel in her feet.

“Gathered Elders,” she waved in an arc toward the circle. “Guests, friends.” She patted Dhoul on the snout. “Today is truly remarkable, for today we will demonstrate a dragon is not bound by his nature.” She flicked her eyes at the Archdruid who pursed his lips and scowled.

“Indeed, he is able to choose. To select his prey, to be selective, and most importantly, he knows why.”

“Are you suggesting this creature has achieved sapience?” The Archdruid scoffed.

“Exactly that, and I intend to prove it,” she said and lead the gathered animals one by one around Dhoul’s snout, around his vision and circled behind him out of sight. Dhoul clutched at the ground, pulling huge chunks of soil into his claws. With her staff, she prodded and directed the livestock into a circle and they marched on their own in a parade around Dhoul.

“This is a lovely maypole but, it proves nothing.” said the Archdruid.

Siobhan leaned in close and whispered to Dhoul, he grunted and nodded his head. She then leads the livestock single file onto his snout, up his neck, over his back, and down his tail. She tapped the last sheep on the rump and it turned to look back at her. She beckoned to it and it followed her back around to rest beneath Dhoul’s snout.

“This sheep, is it yours?” she asked Dhoul. He clamped his eyes shut and grit his teeth.

“Hmm… but you can have some sheep. Yes?”

“Not the farmer’s sheep.”

“Why does it matter?”

“Because there is only one Alice?” he asked and looked around at the Elders. Siobhan raised an eyebrow and made a rolling motion with her hand. “… and there’s only one Mr. Rodagh.”

“What happens when you take what is not yours?”

Dhoul looked at the sheep and flicked his tongue. “Fear, hatred,” he lifted his head and looked back at the livestock leaving the grove. “Loneliness.”

Siobhan patted him on the leg and looked up at him with a toothy grin.

She pulled her curved blade from her belt, seized the sheep by the nape of the neck and dragged her knife across its throat. Hot blood pumped forth, gushing over her hands and staining her robe, the sheep feel and laid still at her feet. Dhoul looked at her and opened his eyes wide, he bared his teeth and lowered his head.

Siobhan shrugged and turned her back to him. She lifted her chin and stared down the Archdruid. She savored the quiet fury in his eyes, she grinned when she saw him tremble with rage.

“Well, can he?” asked Siobhan to the Archdruid. The white-haired Elder looked back and forth between them and drummed his fingers on his crossed arms.

“Well, somebody say something! A sacrifice has been made in the grove.”

“Yes!” said Dhoul and snapped up the bloody sheep. He hummed as he chewed. He then spit out half a sheep carcass and nudged it with his snout toward Siobhan.

“Are you sharing this with me?” she asked in feigned surprise. “Why would you give me something that is clearly yours.”

Dhoul narrowed his eyes and looked at her intently. “Because you are my friend?”

Siobhan’s eyes misted over and she could not hold back her tears. She covered her mouth with one hand and leaned on her staff, nodding her head. Siobhan wept.