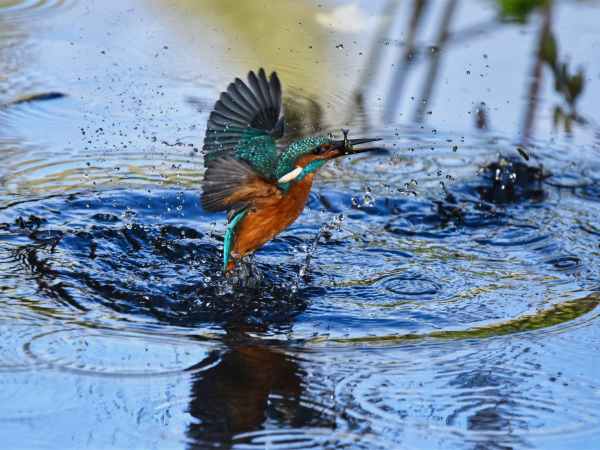 They spent the afternoon together under the sun. Dhoul lay flat on his back on the boulder overlooking the lake, letting the rays of the sun darkened his scales into a rich dark green. Siobhan rolled the hem of her robe up past her knees and let her scarred legs dangle over the cliff.

“I need you to help me with something,” she said.

“Need something eaten?” Dhoul asked and rolled over to face her.

“No, in fact, I need you to show my friends you can not eat things of your choosing.”

“Hmmm… I don’t like not eating. For how long?” He sat up and stared down at her.

“Then…” she pointed at his claw and beckoned it toward her. “You can have all you want.” She took his claw in her lap and pulled a rough file from her sleeve. “But only those I point out to you.”

“For your friends, we do this?”

Siobhan knocked away loose dirt from his foretalon and filed down the point.

“Our friends. If we can show them.”

“We can try. This will make them our friends?”

“Maybe,” she said and pushing one talon away and pulling forward another. Dhoul sighed, flicked his tongue, and tasted the air.

“There are some sheep over that ridge.” He pointed with a rear foot to the south. “I can drive them here.”

“Hmm… Oh!” he lifted his head and stared down at the fields below. “I can dig the little rows in the dirt for the men. I’ve seen them take many days doing it with their little sticks. Yes?”

“Hmm… “ she said and shoved his claw from her lap and motioned for the other one. Dhoul rolled over onto his belly and plopped his front left claw into her lap.

“You surprise me, that might work. They may appreciate that indeed. I hadn’t thought of that. Still, it might be a waste of your talent.” She beamed a smile at him.

“What you’re good at,” she said. Black dust clouded up around her face as she worked the nail over. She sneezed and rubbed her sleeve under her nose.

“Pah!” she coughed. “That’s enough,” she said and pushed him away. “Rest now, and tomorrow we will show them you are a good boy.”

Dhoul nodded his head and flopped belly first onto the boulder. He let out a long sigh and draped himself over the hot stone. His wings slumped and contoured around his bulk. Siobhan rummaged around in her robe to find a plump red grape. She popped it into her mouth and hummed a low tone. Then she tried a musical scale. Lilting and trilling, Dhoul inclined his head toward her. With absent-minded ease, she climbed up Dhoul’s leg, onto his shoulder and sat on his back. She picked loose dirt and tufts of grass wedged between his scales. The heat of the day had turned his scales so dark a green as to be nearly black. After her hands worked out their restlessness, she slid down his flank and tucked herself under his wing. She hummed the tune to his favorite lullaby as they drifted off to sleep, dozing away the hottest part of the day. In time, the fury of the afternoon sun faded into the gentle warmth of evening and into dusk. With the appearance of fireflies and the arrival of the dark, Dhoul stretched and yawned. Siobhan rocked herself onto her feet and reached high overhead and rolled her wrists.

Siobhan whipped her head to the south; her long blonde braid flopped over her shoulder. Below them, stalking up the hill, came a procession of torches. Dozens of them, interspersed between hundreds of flashing pitchforks and spearheads. She muttered a curse.

“You don’t know the half of it. They’re coming, not waiting ‘till morning. Too soon!”

“Hmm?” she heard him say over her shoulder as she raced down the hillside to meet the long line of angry villagers.

“Where are you going? What is it?” Dhoul looked down at the waving torches and shouting men. She stopped, planted her staff in the ground, and turned to face him.

“Shh… pet.” she placed a finger to her lips. “Just rest here a moment. I will take care of this.”

“I know what to do!” said Dhoul, He leaped from his perch and plunged over the cliff.

“What? No!” she said, too late. She took up her staff and lifted the hem of her robe, and sprinted down the trail. Waving her staff overhead, she called out to the villagers. Her breath ragged, her voice lost in the shouts of angry men and barking dogs.

“Wait!” she said, stopping and pressing her hands together. She dropped to her knees before them, blocking the path up the hill.  Behind her, she heard a great splash.

“Bring him out!” said the biggest and angriest man at the head of the mob. He thrust a torch at her and she saw through the yellowish-white glare the gin-blossomed nose of Mayor Hugh.

“Bring him out!” he said again.

“You really don’t want that,” said Siobhan shaking her head, kneeling before them. “I’m working with him. I know you’re angry and stricken with grief. I too, mourn the loss of dear Mr. Rodagh.”

“We’ve had enough of your promises, and your magic cannot make this right.” Mayor Hugh waved his arm to the growling crowd behind him. “We have everything we need to see justice served to that beast!” The pack of men bayed and thrust their implements of destruction into the air. Their furious cacophony rang out into the night.

“It doesn’t have to be this way,” pleaded Siobhan. “This won’t end as you think and not at all well. We can make peace.”

“We will make peace after we have our justice!” Another cry from the pack, loud and coarse. Their shouts slid ragged across their throats. “We will not suffer another family torn apart by your monster, or your carelessness, or your blind devotion to your pet.”

Siobhan stood, closed her eyes, and shook her head. She then stood out of their way.

Overhead, everything went black. The stars and sky were blotted out for an instant by a giant soaring mass.

Water fell from the sky along with a load of fish and fish parts. Dhoul unloaded his payload, strafing down the line.  The torches hissed as they were extinguished along with the angry spirits of men as they were doused with chum. Siobhan stifled a giggle and stared, wide-eyed, waiting for their reaction. Nothing at first, then starting at the rear, the men lowered their weapons, slumped their shoulders, and shuffled back toward the village.

Dhoul circles around and landed beside Siobhan.

“I shared!” he said and flapped his wings. He flicked his tongue. “They’re not angry anymore, now…” he tasted the air again. “All I can taste is fish.